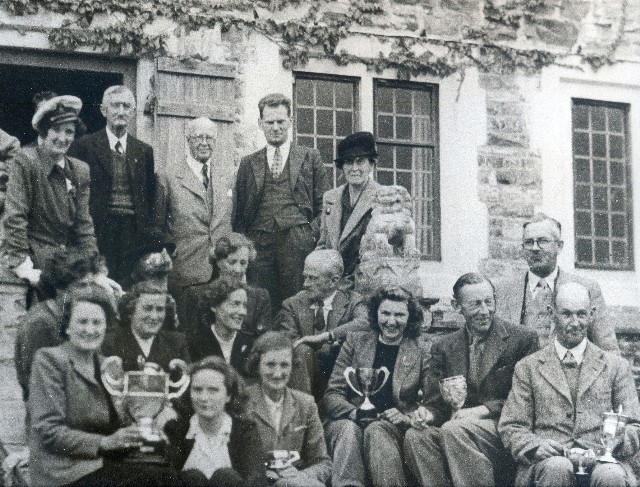 Bantry Bay Sailing Club was founded in the late 19th century, the exact date is unknown. BBSC was active during the 1920's and 1930's but, like most sailing clubs, stopped activities during the second world war. After the war sailing activities continued and has been continuously active ever since.

The club has always been based near the Abbey as the location provides sheltered moorings from the prevailing SW winds, the availability of the Bantry House Slipway (known then as Curleys/Cons slip), and walking distance Bantry. The first clubhouse was build about 1970. It was a prefabricated wooden structure used during the terminal construction work at Whiddy Island and moved to the current site of todays clubhouse.

During the 1960's club membership increased dramatically, especially among young members with their own boats and it was necessary to provide better facilities.The land between the cemetery and the strand was donated by the late Paddy O' Keeffe with a condition that a slipway be built suitable for launching and hauling of boats. The Abbey Slip was built by the County Council and Bord Failte. The plot adjoining was designated a leisure area for public use and the temporary clubhouse was situated there until it was burned about 10 years later.

At that stage the club decided to build a permanent structure and the only suitable location was the old Bantry House boatyard. After the Whiddy disaster in 1979, the Government provided funds to the Bantry area to compensate for economic loss, provide jobs and fund projects and facilities. The club availed of this and a lease of the boatyard was acquired. The new clubhouse was built (facing stone from old boathouse). It was officially opened in June 1988 by the late Denis Doyle.

The Club would like to acknowledge the generosity of the Shellswell-White Family (Bantry House).

We found this picture in our archive file, Can anyone identify who is in the picture? If so click on 'Contact' above and let us know.